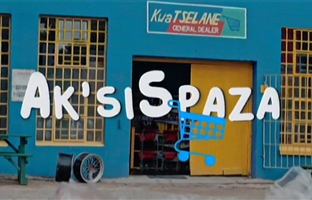 With the help of Sena, Yamac discovers a traitor. Vartolu finally has a meeting with Idris.

Idris knows that Sultan is hiding something from him. Pasha takes matters into his own hands.

Saadet wants to face Vartolu but Sena advises her not to. Idris tries to get Pasha to talk. Yamac finds himself in a very difficult position.

Pasha does everything in his power to hide the truth, Saadet wants to put an end to everything once and for all and Yamac is distraught.

Nazim and the Big Boss finally discover who Vartolu really is while Yamac is on the verge of a nervous breakdown.

Baykal forces Vartolu to tell the truth. Yamac brings Pasha and Idris together to try and talk about the past. Karaca is still busy with her cunning plan.

Yamac shares a secret with Selim and he has an interesting reaction. Saadet is trying to convince Vartolu to run away with her, while Idris is trying to get rid of Vartolu on the other side.

Sultan has nowhere to go. Yamac has a surprise for Sena. Vartolu has a difficult decision to make.

Selim is trying to find Ayse and Karaca while Vartolu and Yamac face each other in a fist fight. Will there be war in the Pit?

All hell breaks loose as Vartolu and Idris’s men face each other.

Deren gives important information to Yamac. Pasha is on a mission to find the lost son.

Madat and Celasun try to make sense of traumatic events while Idris fears for the safety of his men as a new hotshot cop infiltrates his neighbourhood.

Pasha has a near death experience and all hell breaks loose when Emrah decides to take the neighbourhood by storm.

Emrah is up in arms about what was placed in his yard. Sena comes to find that Yamac has already met Emrah. A stranger comes to help Idris in jail.

Sena is not comfortable with Emrah’s presence in the pit. Baykal reveals important information about himself.

Idris breaks down after finding out who Salih really is. Emrah’s obsession with the Kocovali’s grows deeper. Selim is still in hospital.

Yamac has to break the news of Selim’s ordeal to Idris. Emrah is out looking for blood. Sena tries to convince her mother to talk to Emrah.

The Kocovali’s try to stay calm has Selim nearly doesn’t make it. Meanwhile Sena pleads with her mother to help her and Madat realises Yamac is not his enemy.

Vartolu finally has the opportunity to tell Idris about his past. Selim and Nazim realise they have something in common.

Baykal is furious at Emrah and Guzide pays Baykal a visit. Idris has a long talk with Vartolu with serious consequences. Is there once again a war in the Pit?

Premiere episodes of Die Put air on eExtra from Mondays to Fridays at 21h30.