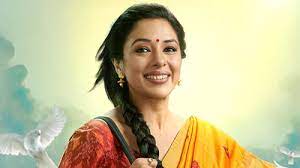 we are pleased to inform you about Anupama Teasers February 2023

Rakhi thrashes Vanraj in a game of table tennis while Anupama and Anuj enjoy their dinner at home. Later, Anupama rushes to the Shah house for an emergency.

The Shahs put forth a special request to Anupama concerning Kinjal. Later, Anuj stands by Anupama when she faces a helpless situation.

On the occasion of Mahashivratri, Anuj joins the Shahs for a special Pooja. Later, Anuj and Vanraj receive a piece of unanticipated news on the business front.

The Shahs shake a leg after performing the Holika Dahan Pooja with Anuj and Anupama. Later, Vanraj and Anuj lock horns in a game of arm-wrestling.

Kavya and Vanraj get close on the occasion of Holi. Meanwhile, Anuj sports an eccentric outfit and sets off to meet Anupama.

Anupama and Anuj share a special moment on the occasion of Holi. Rakhi Dave visits the Shahs and they shake a leg while Samar meets Pooja.

Amidst the Holi party celebrations, an intoxicated Anuj confesses his feelings for Anupama in front of the Shahs. How will they react to his announcement?

Leela points out that it would be shameful for Anupama to get married after becoming a grandmother. Later, she forbids Anupama from marrying Anuj.

The Shahs put forth their opinion to Anupama regarding her marriage with Anuj. Later, Anuj and Anupama undergo an emotional outburst.

Anupama preps up for her dance performance as the Shahs arrive with Rakhi Dave and Devika. Meanwhile, Anuj hurries to the auditorium for Anupama’s show.

Devika and Samar motivate an anxious Anupama before the event begins. After she meets Anuj, Anupama gives a power-packed performance.

Anuj surprises Anupama by attending her dance contest. Furthermore, the Shahs are taken aback as Anupama proposes marriage to Anuj on stage.

Paakhi feels distressed with Anupama’s decision to marry Anuj. While Paritosh is worried that he will be mocked, Vanraj and Leela decide to give Anupama a piece of their minds.

Vanraj denounces Anupama in front of the Shahs by reading some remarks in her video. Anupama stands firm and puts forth an arduous challenge to him.

Anupama justifies her choice of marrying Anuj in front of the Shahs. While Vanraj and Paritosh become speechless, Hasmukh is happy for Anupama.

Anupama takes a strong stand for herself and decides that she is not going to be limited by societal norms. Later, Baa loses her temper and insults her.

While Anupama desires a simple marriage, Anuj dreams about a lavish wedding. However, Anupama and Anuj arrive at mutual conclusions after a discussion.

Hasmukh informs Leela that he doesn’t need her money for Anupama and Anuj’s wedding. Elsewhere, Paritosh thrashes his friends for making fun of Anupama.

Furious with what Vanraj, Kavya, and Paritosh did to Anupama, Malvika fires them from their jobs. Later, she expresses her joy over Anupama and Anuj’s marriage.

Anupama advises Paritosh to focus on his future instead of his past. Elsewhere, Malvika reveals her actions and asks Anuj to rejoin the business.

An infuriated Vanraj tears his termination papers while Rakhi motivates Kavya. Elsewhere, Anupama and Anuj have a hearty conversation.

Rakhi agrees to assist Kavya in her fight against Vanraj for a personal reason. Hasmukh approaches Vanraj and urges him to try again with a new approach.

Paritosh blames Vanraj and calls him a loser for messing up the business and his life. Vanraj gets upset with Paritosh’s attitude.

Anupama attempts to change the atmosphere at the Shah house after heated conflicts. Later, Anuj gives her an incredible piece of news.

Vanraj overhears Kavya and Anirudh’s plan to meet up. Meanwhile, Anupama expresses her happiness to Anuj about the contract.

Hasmukh feels proud of Anupama and accepts her cheque. Later, the Shahs get ecstatic as they get ready to arrange Anupama and Anuj’s ideal wedding.

Pakhi changes her mind about Anupama and Anuj’s wedding. On the other hand, Paritosh receives an important piece of guidance from Vanraj.

The Shahs feel happy to read the letters from well-wishers as Anuj and Anupama receive them in loads. Later, Dolly questions Leela’s intentions.

The Shahs are ready to leave for Anuj’s house for the pre-wedding rituals. While Paritosh surprises everyone, Anuj is all set to perform the rites.

The Shahs conduct the pre-wedding traditions, and Anuj relishes the memorable time. Meanwhile, Anupama admires watching them shake a leg, having a blast.

Hasmukh pampers Anupama before her wedding, irking Leela. Later, Anupama gets sentimental when Anuj takes her shopping for her engagement ring.

When Vanraj and Anupama meet outdoors, he expresses his nostalgia about their past. However, Anupama tells him that she only recalls the agony and he is enraged.

A sly Vanraj bombards Anupama with bad memories and wishes her misfortune. Nonetheless, Anuj attempts to cheer her up.

While the Shahs get busy with the wedding arrangements, Hasmukh falls unconscious. Later, Hasmukh lies to Anupama and heads secretly to the doctor.

Leela questions Vanraj about his intentions behind following Anupama. While the Shahs get ready for the engagement, Hasmukh makes a shocking request to GK.

The Shahs are excited as it is Anupama and Anuj’s engagement day. While Anupama eagerly waits for Anuj, Leela gets a shocking piece of news.

The Shahs celebrate Anupama and Anuj’s engagement ceremony. Furthermore, the family shakes a leg and has a blast!

Vanraj tries to degrade Anupama and Anuj as they share some special time with the Shahs. Later, a heated argument sparks between Kanta and Leela.

While the Shahs take part in some fun activities, Kanta gives an important piece of advice to Anupama. Later, Anuj and Anupama get ready for a date.

Anupama defends her decision when Leela asks her not to go on a date with Anuj. Later, Anuj and Anupama dress young and enjoy a romantic bike ride.

Anuj takes Anupama to their college and reminisces about the old days with her. Elsewhere, Vanraj gets doubtful about Hasmukh’s secret.

While Vanraj’s children speak fondly of Anuj, he fears losing them. Later, Anuj and Anupama share an emotional moment when he asks her about her desires.

Gopi Kaka gets worried and hides Hasmukh’s medical reports from everyone. Later, Anuj surprises Anupama by inviting Mika Singh to the Mehendi ceremony.

When a furious Vanraj takes Anuj away from the venue, Anupama gets worried. Meanwhile, during the Mehndi ceremony, Rakhi gets Hasmukh’s medical reports.

Anuj and Vanraj become embroiled in a spat and the Shahs grow concerned about them. Later, Anupama and Anuj’s Sangeet ceremony commences.

Anupama, Anuj and the Shahs are concerned about Hasmukh’s health. Regardless, he remains adamant and refuses to be admitted to the hospital.

Anupama cries tears of joy as the Haldi ceremony exceeds her expectations. Meanwhile, Anuj’s warm gestures remind her of every unhappy moment spent in the past.

A group of transgenders shower their blessings on Anupama and Anuj after their Haldi rites. Later, Pakhi and Kinjal offer to help Anupama gear up for her wedding.

Anupama spends quality time with Paritosh, Samar, Pakhi and Kinjal before her wedding. Malvika leaves for the USA because of an emergency.

The family is astonished when Leela attends the marriage. Later, an elated Anupama and Anuj arrive at the wedding venue.

The family members feel overjoyed as Anuj and Anupama get married. Later, Anuj coyly expresses his disbelief in their union.

Premiere episodes of Anupama air on Star Life from Mondays to Sundays at 21h00.