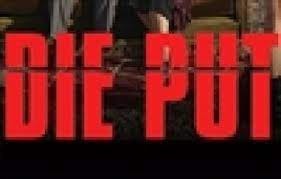 The relationship between Mahsun and Ceto finally seems to crack, but what will Ceto do about it? Idris asks Uluc something that will impact both of their children.

Something is bothering Yamac and Alico offers to help him find out what’s going on. Mahsun takes Sena on a journey back in time, and Karaca confronts Celasun.

Yildiz is trying to do her best by Sultan while Cumali is heartbroken. Meanwhile Selim and Sena are playing with fire and Ceto reveals his history.

There’s a wedding being celebrated, but everyone seems to be enjoying it more than the couple getting married. Yamac sets a trap for Ceto, but Mahsun comes to the rescue.

Yamac suspects that Sena and Selim are up to something. Saadet and Ayse do not approve of Damla’s attitude. Mahsun encounters someone from his past.

Idris and Emmi are putting plans in place to smuggle gemstones into Syria while Ceto decides to reveal some dark secrets. Meanwhile Damla has trouble adjusting to the Kocovali’s traditions.

Mahsun is torn between his family and the things Ceto is telling him, but which side will win? Celasun and Cumali sit down for a conversation and Vartolu and Idris share a tender moment.

Ceto’s dark past catches up on him. Yamac senses that something is wrong in the neighbourhood. Cumali is still unhappy about his marriage to Damla.

The Pit is under attack and the men are scrambling to get back home. Cumali and Damla have a serious conversation and end up making a good team.

A war breaks out in the Pit as Ceto and his men are out for blood. Unbeknownst to Saadet, Alico saves baby Idris and Sena decides to sacrifice herself for her family.

The war seems to be over, but the Kocovalis have more bad luck coming for them. When the women reach the safehouse, they realise one of them is missing.

Yamac is released from jail but struggles to cope with Sena gone. Saadet has a serious talk with Damla and Vartolu and Cumali shares a hearty moment.

When Mahsun leaves Sena alone, she scrambles to escape, but will she make it out before it’s too late? Sedat meets with Idris and gives him a gift that can only lead to trouble.

Everyone in the Pit is frantically looking for Sena but Baykal has a cunning plan which ends in tragedy.

It’s the day of Sena’s funeral and everyone in the Pit is broken. Damla and Cumali feel they are responsible, and Aksin feels like she’s lost the last person she could be close to.

Yamac has had enough of the Pit. Uluc demands that Emmi speak to Sedat. Meliha shows Idris the photograph and tells him to talk to Yamac about it.

Yamac is struggling to come to terms with Sena’s death. Nejat tells Uluc that he will pay a visit to someone interesting which scares Uluc. What is Yamac doing at Gul Cabaret?

Yamac is killing himself trying to make sense of Sena’s death. Vartolu sets out to recover the lost gems, and a new character who is sure to cause trouble arrives in the Pit .

Ayse has a heart to heart with Damla. Deren leaves the Kocovali house and gives Yamac an unexpected birthday gift.

Cumali heads out to sort out the gemstones, but gets abducted on the way. Yamac gets closer to the truth only to be confronted by the man with the black ring.

Premiere episodes of Die Put 2 air on eExtra from Mondays to Fridays at 21h30.

Important: If you have questions, suggestions or corrections regarding this post, kindly use the comment box below.