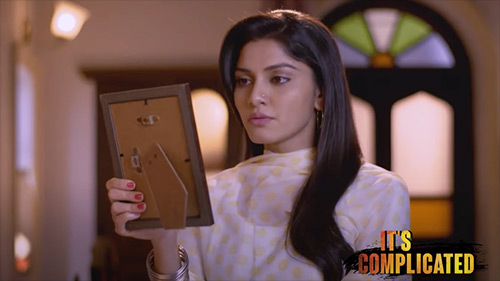 Sai, a fearless girl encounters Gadchiroli’s deadliest goon, Jagthap Mane. On the other hand, an astonishing piece of news awaits Virat Chavan and his family!

Jagthap sets a trap for Kamal to get Sai alone in a room while Virat encounters a problem before the Puja. Later, Pakhi’s arrival saves Virat.

Inspector Kamal slaps Jagthap and punishes him mercilessly. At the camp, Virat saves Pakhi from falling into the fire.

While Virat and Pakhi long for each other, Sai witnesses a disturbing nightmare. Later, Sai makes a huge sacrifice to save Inspector Kamal’s life.

Virat struggles to express his feelings for Pakhi. On the other hand, Sai gives good news to her family.

Before Virat’s departure, Ninad reveals a shocking truth while Samrat’s entry surprises the family. Later, Pakhi decides to take matters into her own hands.

During the welcoming ceremony, Sai gets enraged as Kamal agrees to Virat’s request. While dejection strikes Pakhi, Sai notices Jagthap and his men meeting Virat.

While Sai storms into Virat’s residence to vent her frustration at him, Samrat and the Chavans meet Pakhi and her parents. Later, Jagthap causes trouble.

Virat slaps Jagthap for misbehaving with Inspector Kamal while Samrat and Pakhi’s marriage gets fixed. Later, Virat makes a stern promise to Samrat.

A heartbroken Pakhi yearns for Virat while Jagthap and his gang await Sai’s arrival. Later, Kamal puts forth a humble request to Virat regarding Sai.

Sai receives an award from Virat at her school’s function while Pakhi’s Mehendi ceremony commences. At midnight, Jagthap and his men attempt to kidnap Sai.

Ninad makes a shocking announcement about Samrat to the Chavans. Elsewhere, Pakhi imagines a romantic scenario with Virat.

While the Chavans are unable to digest the news of Samrat’s sudden disappearance, Pakhi decides to leave the house. Elsewhere, a disguised Virat meets Sai.

Ashwini’s statement leaves Pakhi in a state of shock. Later, Ninad threatens to throw Ashwini out of the house.

The Chavans are left heartbroken as Samrat’s luggage returns home. Elsewhere, Virat attempts to arrest Vithal when he threatens to kill Pari.

Premiere episodes of Lost in Love air on Star Life from Mondays to Sundays at 19h00.

kindly check back for It’s Complicated Teasers May 2022