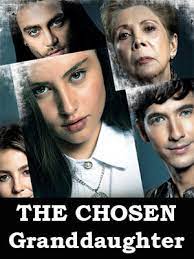 Juanes is not able to break up with Vivian now that her grandmother has been confined in a psychiatric clinic.

María Consuelo tells Luisa about the bad reputation that Sergio had, which infuriates Luisa.

Benigno hypnotises Sara with drugs. She signs the documents, then falls into a coma.

Vivian takes advantage of her grandmother’s coma to ask Juanes to get engaged again, but Juanes does not accept.

Juanes tells Diana about his split with Vivian and how in love he is with Luisa.

Milan takes photos of Nicolas through the window when he hands Camargo a cheque for Luisa’s documents.

Juanes and Luisa are devastated after their last meeting. Lucrecia wants to expose Juanes’ visit with Sara, but Florentino stops her.

Vivian connects the dots, concluding that Juanes’ lover is Diana. Nicolás and Rosa demand that the Osornos force Juanes to keep his promise.

Juanes demands that Vivian receive psychological treatment in exchange for not being reported, so Rosa and Nicolás decide to send her to Miami.

Milan and Arbey break in to Laura’s house. However, a hooded Milan defends Laura from Arbey when he goes too far.

Sara and Florentino go to the cemetery. Sara has a bad feeling about Luisa’s safety, so she visits Sergio’s grave to ask him to help protect her.

Juanes wakes up at dawn very distressed because he had a dream about Luisa that left him with a bad feeling.

María Consuelo has a nightmare about Sergio, who appears to her and demands that she confess.

Luisa wakes from her coma, and the very first person she sees is Sara.

Vivian tries to smooth things over with Diana, to show she is having therapy, but Diana makes it clear that she and Juanes are just friends.

María Consuelo confesses to Luisa that she pushed the ladder, without thinking that it would be serious.

El Gato gives Milan information about the car in which they will carry out the hit, since this one has no trace of purchase or owner.

Nicolás complains that María Consuelo is on Luisa’s side. Laura takes it out on Vivian, saying she tried to kill Diana thinking she was dating Juanes.

Vivian persuades Juanes to be friends as part of her plan to win him back.

Luisa seeks comfort in Juanes. She’s confused and thinks it’s best to get away from him and the Roldáns, because she doesn’t want to hurt them.

Nicolás argues with Sara over the threat she made to Rosa and for getting involved in his personal affairs without his consent.

Sara and Luisa go to the cemetery in the company of Florentino, just like Milan and Arbeye who come out prepared to kidnap Sara.

Nicolás and María Consuelo are still anguished. She questions whether Luisa would be capable of harming Sara.

Luisa looks for the mysterious safe Sergio guided her to, but it’s gone. Milan searches Laura’s social media and discovers the location of the farm.

Milan calls Laura and tries to reconcile with her, but Laura has no intention of making amends and hangs up.

Vivian ends her relationship with Mateo. Luisa and Sara visit a lawyer to advance the change of name.

Juanes is devastated and lets off steam by telling Diana. Lucas offers support to Luisa when he finds her crying.

Vivian sleeps with Juanes again, but he asks that they keep their distance.

María Consuelo has a new emotional crisis. She feels that Sergio won’t leave her alone and hysterically yells at Paola.

Braulio confesses to Milan that he’s sure Luisa is Sergio Roldán’s daughter and he doesn’t believe the test was really negative.

Adrián looks for Olivia to talk and to convince her to let him return to the apartment, but she makes it a condition for him to be her husband.

Premiere episodes of The Chosen Granddaughter air on Telemundo from Mondays to Sundays at 22h00.